Its been a while since I’ve been out on the CRM due to work commitments and a variety of other things conspiring against me. I did however venture out on Saturday with some friends to prepare for something next weekend. The assumption I’ll make it out then is an optimistic but I’ll get to that.

For a while it looked like I might not have even made Saturday as I noticed the bike’s MOT had run out. Thankfully despite failing the first attempt on Friday, it passed second time around with some warnings about addressing certain things which I will do in due course.

So I found my way to the rendezvous at a place called Stonehaugh which isn’t even in the road atlas I had, complete with a motorcycle, fuel, two stoke oil, appropriate bike clothing and all seemed to be good.

We set off into Wark forest following a route which was familiar and my GPS recognised. There wasn’t as much water in the ford this year so it was much less interesting and the ground was a lot harder.

Wark forest became Kershop forest. We were mostly on forest fire roads and I continue to marvel at the way those bikes can glide over horrendous surfaces, over deep potholes and you can still maintain control over the direction they’re going at quite a speed. There was one horrible piece of track covered in some kind of different rock to the others which had the bike vibrating like crazy to the point I was checking the front wheel for a puncture.

After this we came to the section which I later learnt had been recently regraded, probably after a rally. The bike simple stopped wanting to turn corners which the front wheel sliding, locking up and things generally getting messy. Retrospect says I was simply going too fast for the ground conditions. Regardless it was an interesting lesson in machine control and I didn’t actually fall off at least.

We went through a few rain showers but nothing major which makes a nice change for that part of the world as it usually buckets down on me there. Attentive readers may remember a steep climb last year where I went last up after a large groups of bikes and had fun. This time we went down that same slope and it was much easier. Admittedly it was a lot drier too. 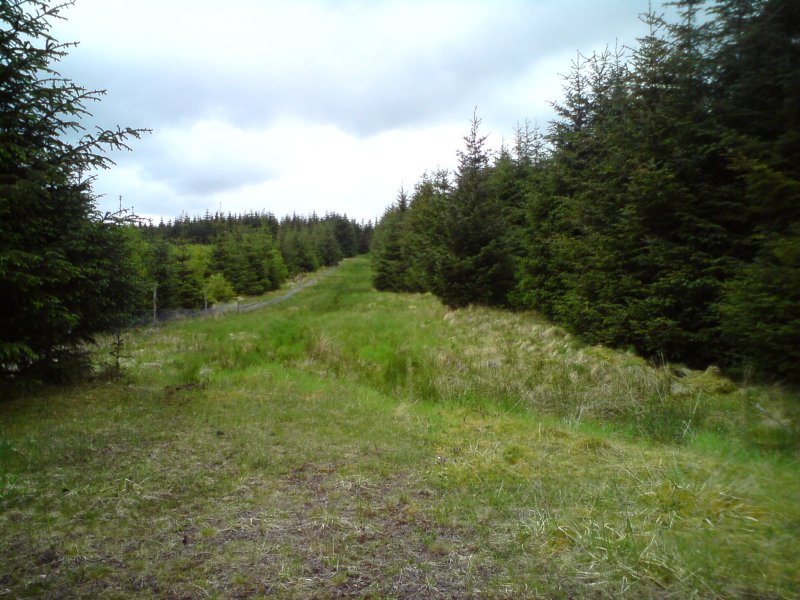 Upon leaving Kershop forest, the CRM started miss firing badly. This was after a ford but a shallow one with a concrete foundation so it shouldn’t have caused the bike a problem. At first I thought fuel and switched to reserve but no change. Up the next hill I was on full throttle misfiring like crazy as I caught up to where the rest of the group were stopped. One new spark plug later and it still wasn’t happy. No water on the ECU either and the contacts there seemed fine.

The bike was no longer revving and there was a nasty noise which sounded “top end” like although nobody could say exactly what it was. I also thought the previous plug possibly had tiny flecks of aluminium on it. End result, engine pronounced dead so what to do. Estimate 15 miles back through the forest or alternatively recovery from Scotland back round through Carlisle or Kielder which would take hours.

Since people were bored of forest tracks anyway, towing the bike was the obvious winner. The following journey had its fair share of fun moments, particularly as the towing bike needed the main track so I was riding the overgrown unpredictable bit between the two standard 4×4 wheel ruts most of the time. Downhill the tower’s engine braking meant they went much slower than my freewheeling so lots of braking was order of the day. Corners were particularly interesting as having no control over the speed you take them at is not for the faint hearted.

In the whole trip back, there was only one corner I disconnected the rope on, and only one other point where we stopped to make it single file past a gate. It included a return trip through the rocky ford where I did let the rope go a little too slack causing Nic to get a bike of a shock when it did tighten up but we made it out the river fine. I have to say a big thank you to Nic for the trip back, it was much appreciated and I suspect we both learnt some things about bike control, I certainly know I did. The rest of the group also made a great relay team overtaking and having gates opened for the main convoy to roll through :).

So we made it back to the vans, called at Battlesteads for some posher than usual food, then home. Once home I tried to start the bike but it wasn’t having any of it. I had some time before dinner so I took the exhaust off and peered up the exhaust port. Top of the piston was intact, front of the piston was intact, piston rings intact. The 1mm vertical movement of the top piston ring was not good however and indicated one way or another the barrel was coming off.

I did get the barrel off with the engine still in the frame with some creative engineering despite several studs coming out when they shouldn’t and having to remove some studs that I shouldn’t have had to.

The current situation is that the piston and top ring are obviously knackered. It looks like the ring has worn, allowed detonation to occur behind the ring and this has eroded the ring grove. The piston ring itself is also badly worn. How it didn’t catch down a port in this state I do not know. 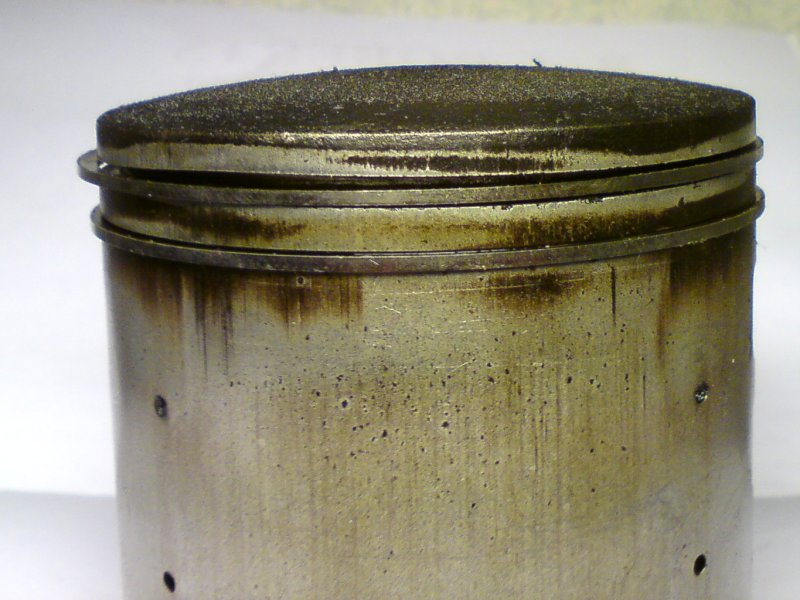 Note the gap above the top ring 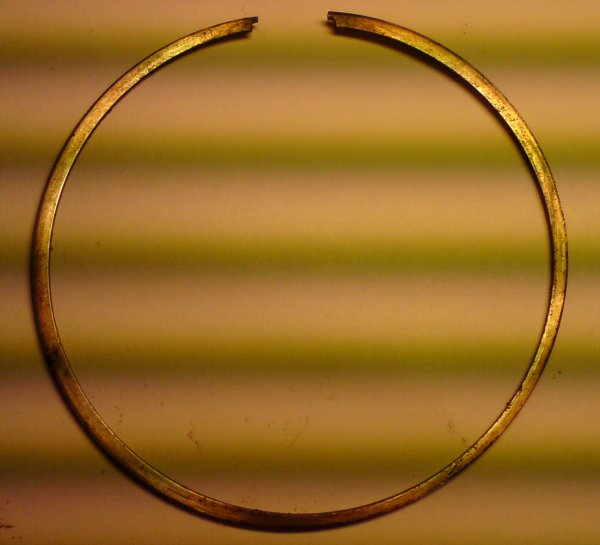 Note the thin section on the bottom right

I’m still not 100% convinced this would cause the misfire but it certainly needs fixing. The barrel looks fine, head looks fine and the exhaust powervalve moves but very stiffly. I’m wondering if this heated ring overheated the exhaust port and maybe caused the power valve to stick causing the misfire. I’m unsure how stiff a powervalve should actually be.

Will I get out again on Friday? I should be able to get a new piston by then so we’ll see…