I didn’t have time to write this during the week but on Thursday I finished off the repairs to the CRM. I’d already filed the notches out the clutch basket, added new friction plates and springs and reassembled the CRM’s clutch. I’d also changed the tyres to get rid of the horrible AC10s so all that remained was the set the pressures, add oils, water and bend the handguards back into shape and refit them.

By this point it was late in the evening and dark. I got kitted up, locked up the house, got the bike started and was about to ride off when I noticed a significant lack of lights on the bike. Main beam headlight worked, low beam did not, brake lights worked but no tail light or number plate light. Obviously it could not be use like this in the dark.

I decided for lights front and back to fail, it must be a wiring or switch fault and started pulling the bike to bits in the dark at the side of the road in front of the house. The bike only has electrical power when the engine is running and it was cold so wouldn’t idle. The neighbours love me. After an hour I determined there were two faults, the low beam was a fault in the headlight assembly itself and the tail light was just totally dead but had power. Its and LED unit so unlikely to be a blown bulb. Hmm.

The photos summarise the problem: 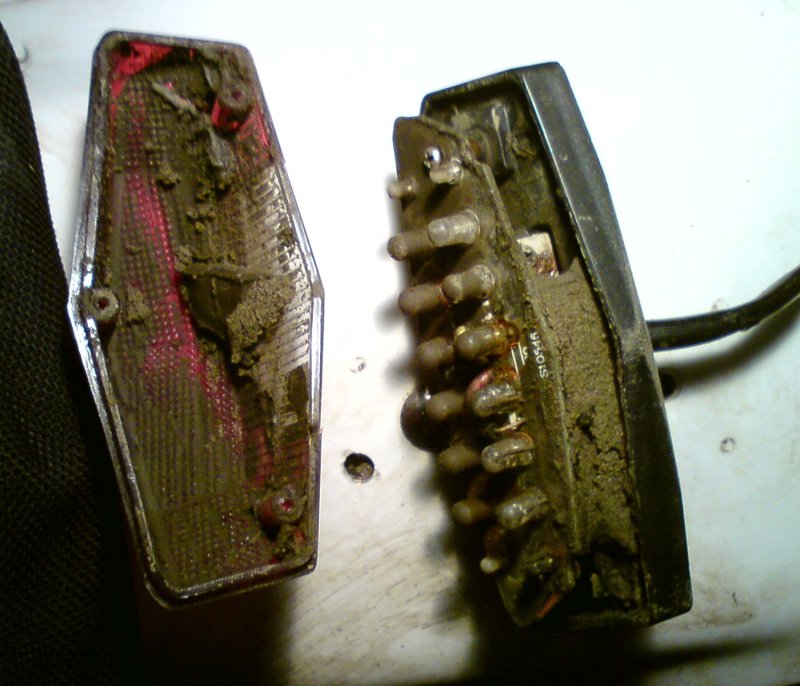 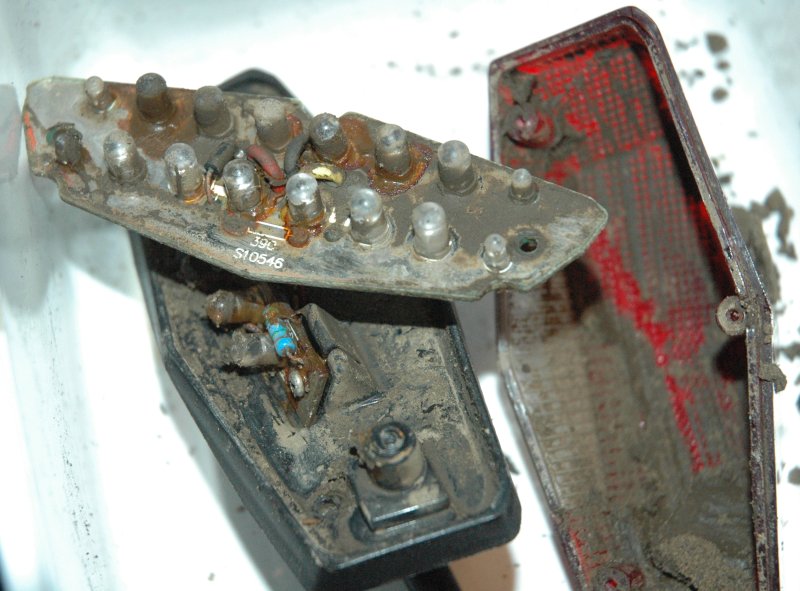 Somehow the whole thing was full of a fine silt which had corroded through the circuit boards. Filtering the silt let me find corroded remains of various components. This light unit is sold for off road vehicles and I bought it new at the end of January. To have failed this spectacularly in that time frame leaves me pretty much speechless.

I wanted to get out on the bike over the weekend and a replacement light could not be obtained in time so I chose to try and repair the mess. I found the needed resistors and diodes in my spares collection and while cleaning it up a couple of leds were found to no longer be attached to the board and had to be replaced with unmatched ones but I got the tail and brake lights working. The number plate light wasn’t so lucky, I got it working with a lab power supply but I didn’t have the 9V zener diode needed to make it work again. Plenty of silicon was used to seal it upon reassembly although I don’t hold out much hope of these repairs lasting long as there is so much corrosion, the vibration from the bike will kill it again in short order. It was enough to get it back on the road though with some minor further bodging though.