Its been a while since I’ve ridden the northern lanes from here. Even though there were just two of us interested/available to do it, I decided to go ahead since the weather was lovely for some river crossings.

We met up and set off with the run up to Alnwick being slightly more tarmac biased, stopping for fuel near Morpeth. Its always interesting to see how rivers and river crossings change over time, what was a 1m deep raging torrent I drowned the bike in last time I went through it was a silted up few inches this time!

We kept a fairly leisurely pace but that didn’t stop me sliding out a rut and falling off, first time I’ve done that for a while :/. Kept the bike running and felt ok at the time but appear to have hit the top of my pelvis with the elbow armour and have a lovely bruise there today.

One of the lanes had notices about police action against motor vehicle use so we didn’t use it and and will need to look into it what the rights are there. Near Alnwick we came across the first deep crossing which did look rather washed out. We ended up going slightly downstream to cross where it was a much more reasonable depth.

After a fuel and lunch stop in Alnwick we headed back southwards covering a lot more lanes including a few more interesting fords. I think this part of the trip really made the day for me.

The only downside was that time was getting on and many fuel places were now shut. I thought I should make it back to the start point on the fuel in the tank. There was a minor panic when the bike spluttered out of fuel but that turned out to be a kinked breather hose. A while later it needed to go onto reserve for real though.

Waiting at the bridge to cross over to the start point I glanced in the tank and fuel was conspicuous by its absence. I knew the garage at the start point was also now shut too so I headed straight for the other nearby garage that should still be open. As I waited in traffic to make the right turn into the garage, the bike spluttered completely out of fuel. I knocked it into neutral and pushed it the 5m to the fuel pump. Never have I had such a close run on fuel!

All that remained was to ride back home but there were still a couple of interesting twists left. I decided to ride through Newcastle, something I’ve never done on the trail bikes, taking a route past the football stadium. I’m still a little unclear about what happened but I think someone who had likely had a bit too much to drink decided my hand signal for a turn meant I wanted a hug and therefore ran at the moving bike with his arms outstretched. It was that or a rugby tackle. Thankfully I managed to avoid him, how I’m not entirely sure.

The final part of the route home was the coast road where I kept the bike at comparatively high speed/revs for several miles. Pulling up and stopping in the queue for the roundabout, I was looking at my shadow and noticing a strong swirling haze at the back of the bike. This caused me to turn around to see copious amounts of smoke coming from the exhaust as if something was on fire which in all likelihood, it probably was. I think the oil in the exhaust was probably burning however the engine sounded fine so I continued without unduly worrying about it.

It was an enjoyable day out, thoroughly worn out now mind! 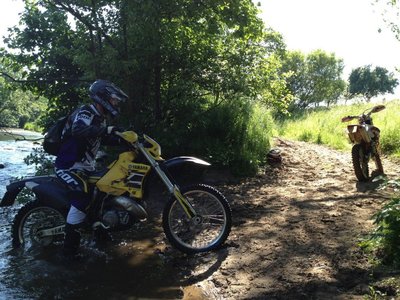 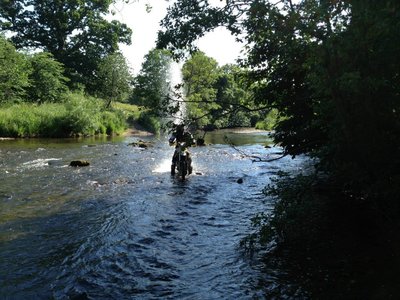 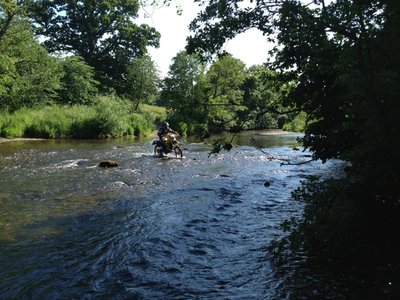 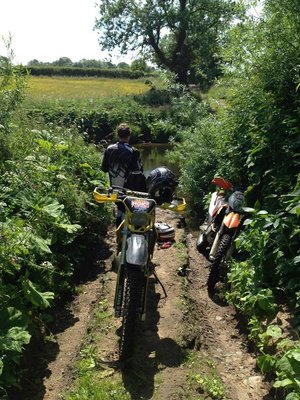 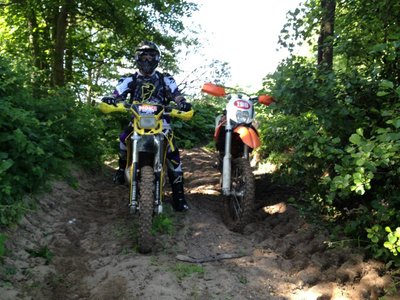 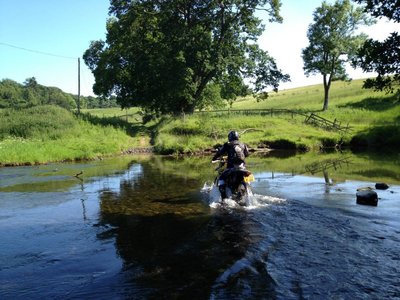 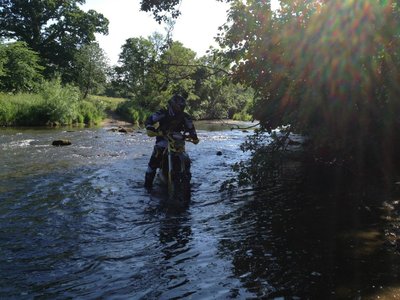 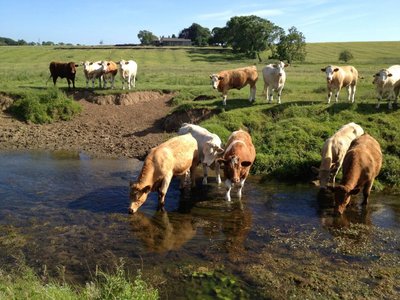 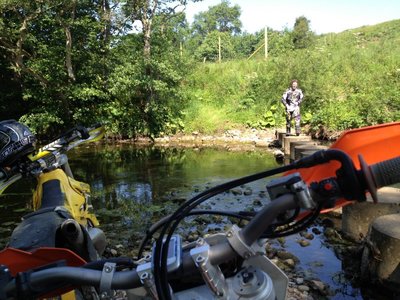 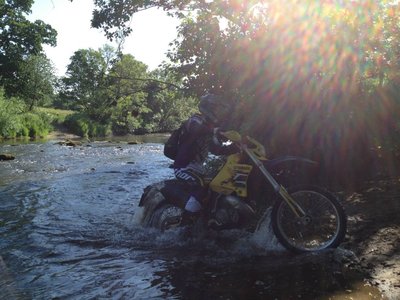 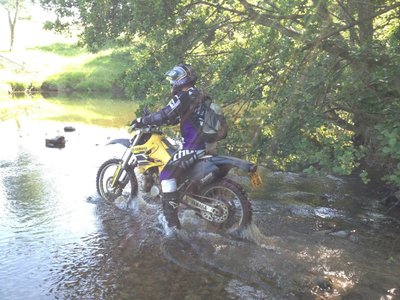 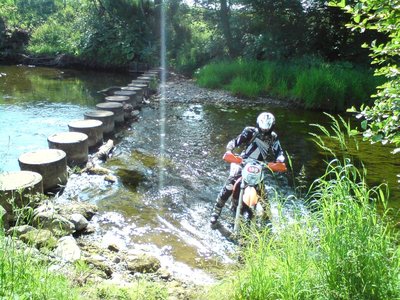 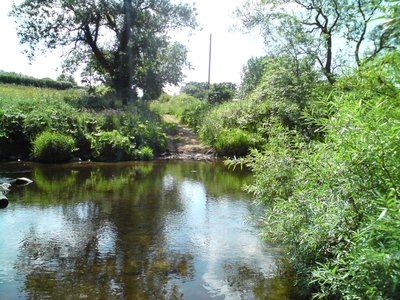 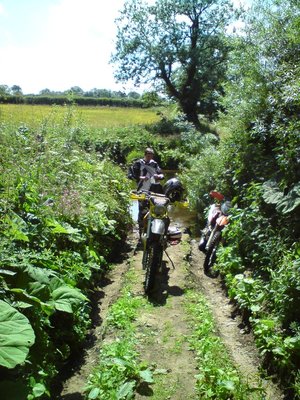 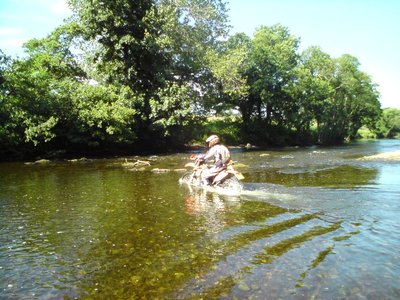 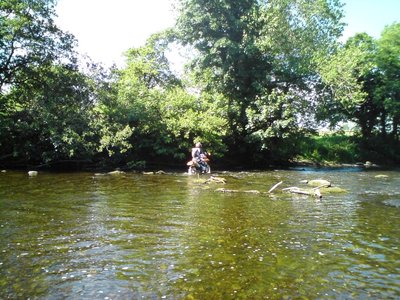 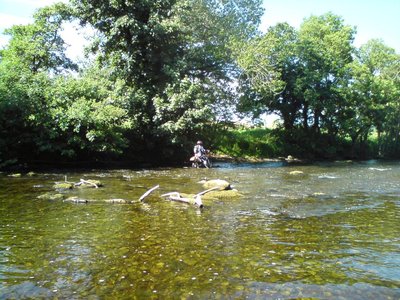 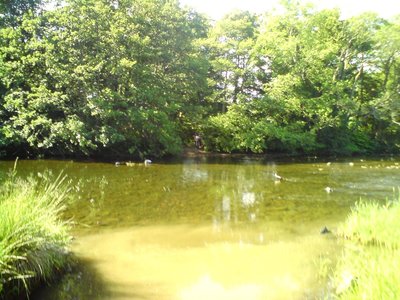 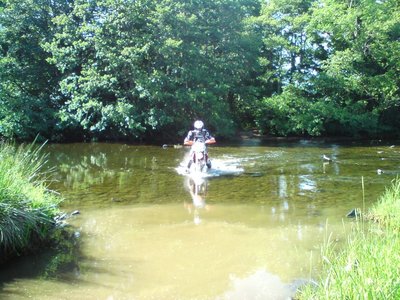 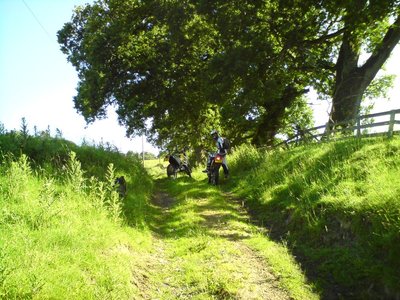