I’ve been having problems getting my MGB’s engine to run right. This was traced to an insanely high compression ratio which in turn was caused by fitting standard pistons in a North American export low compression engine.

I did try and mess with the carburation but couldn’t get it right. The three options left were therefore:

Circumstances mean I need a working car. The first option would mean a prolonged period of messing around with the car unusable and I don’t have time or space to do it or the second at the present time. I did however have a known to run space engine stored in the back of a garage so the third option it was.

So on Saturday I extracted said engine from behind mountains of stuff and then pulled the old engine+gearbox out of the car in record time. I switched the gearbox over and was preparing to insert the other engine when I discovered my spare was from a MGBGT which different engine mounting plates. This was recoverable but meant removing the crank pulley, timing cover, camshaft sprockets and chain from both engines and swapping parts which took a while, not least due to having to go and locate bigger sockets+tools to attack the large bolts.

Despite this, by midnight on Saturday the new engine was in with engine and gearbox mounts attached. This left various things to reconnect today (and change the GT waterpump and thermostat housings over too).

Mid afternoon Sunday I turned the key, it kicked over and after a few rotations, fired up :). Apparently I looked rather surprised. It miss fired a little at high rpm due to the distributor being loose and advancing itself but that was easy to fix by actually setting the timing.

The trip back from my brothers workshop seemed to go ok although the speedo died half way. The engine doesn’t miss/back fire, die at 3,000rpm or misbehave like the other so initial signs are good. The speedo cable had snapped and has now been temporarily repaired.

Its MOT is due in a couple of weeks so lets hope that goes ok.

Some photos with the camera phone (sadly a bit fuzzy): 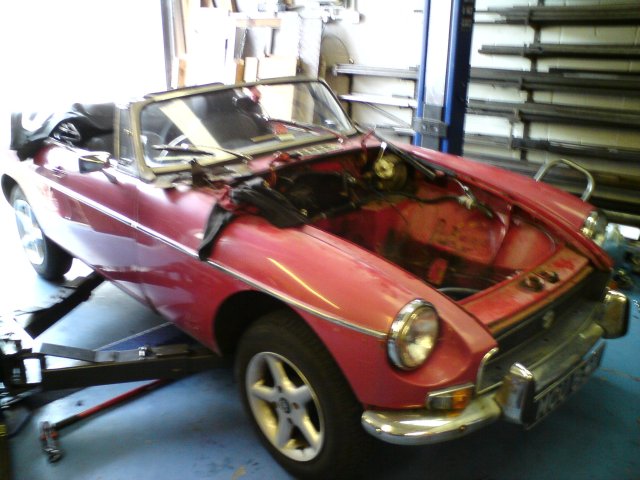 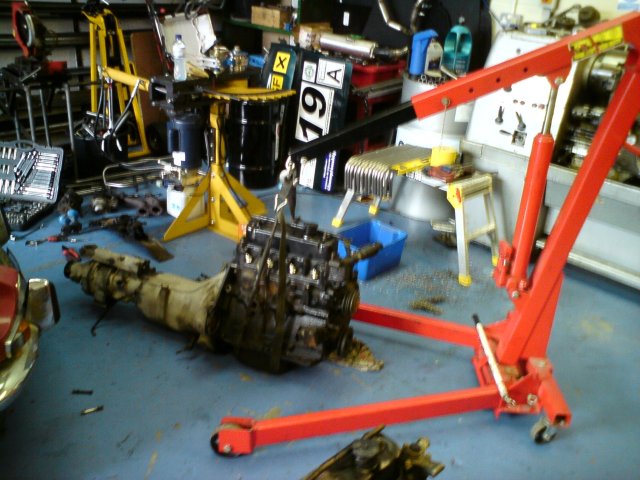 The original engine and gearbox on the engine hoist 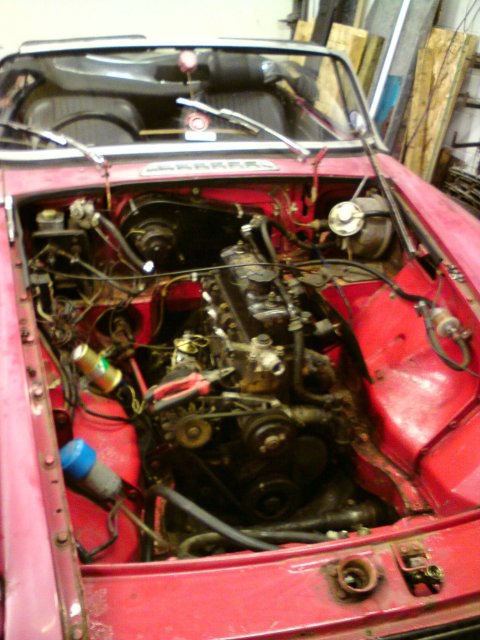 The new engine in the car but missing the radiator, carbs, plug leads and other parts and with the wrong thermostat housing 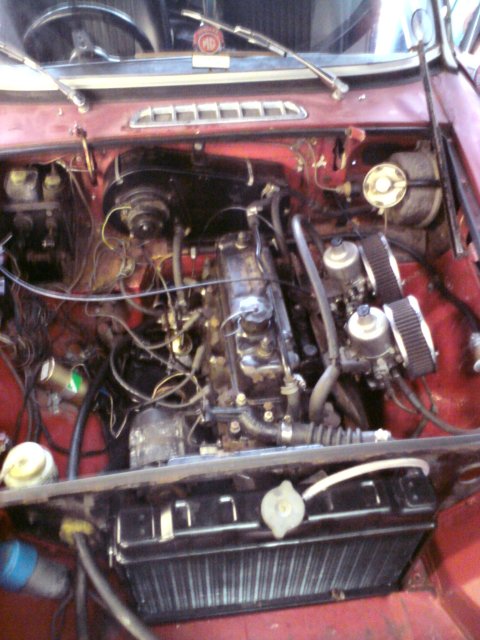